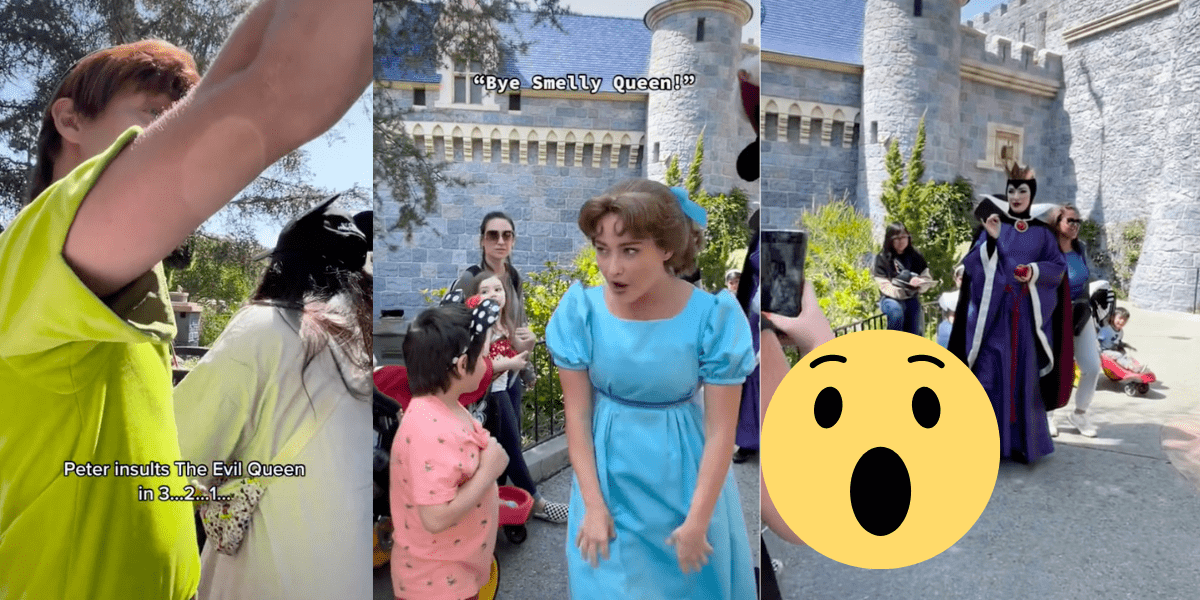 Disneyland Resort is the happiest place on earth, where characters from your favorite star wars, Marvel, Walt Disney Animation Studios and Pixar movies come to life before your eyes.

With so many iconic heroes and villains roaming Disneyland Park and Disney California Adventure, conflicts are sure to arise! @mrs.everdaymommy shared a video showing a silly interaction between Peter Pan and the Evil Queen:

♬ I love you so much – The King Khan & BBQ Show

“Wendy, come on! We have to go check out the Lost Boys,” Peter Pan says in the video. As Wendy and Captain Hook catch up with Peter, he shouts, “Bye, Smelly Queen!” to the Evil Queen of White as snow (1937).

Wendy berates Peter Pan for insulting the dastardly villain, but a group of children can be heard chanting “Smelly Queen!” as the most famous Lost Boy and his crew walk away. The Evil Queen does not react and continues to welcome Guests to Sleeping Beauty Castle at Disneyland Park.

Of course, this is all fun! Cast Members make the magic happen every day with little moments like this.

Peter Pan (1953) is a classic Walt Disney Animation Studios film, despite controversy over racist depictions of Native Americans. From Disney:

Think of the happiest things as Peter Pan reaches spectacular new heights for the first time on Blu-ray – now more sensational than ever with digitally restored picture and brilliant high definition sound! Say goodbye to your worries as Wendy and her brothers embark on fantastical adventures with the hero of their stories to fall asleep… Peter Pan! With faith, trust and the pixie dust of Tinker Bell, Peter teaches them to fly and leads them to the “second star from the right” and beyond…to Never Land!

Did you meet Peter Pan at Disneyland Resort or Walt Disney World Resort? Share your experience with us in the comments.

Please note that the story described in this article is based on the personal experience of visitors to Disney parks. No two guest experiences are the same, and this article does not necessarily reflect Inside the Magic’s personal views on Disney park operations.