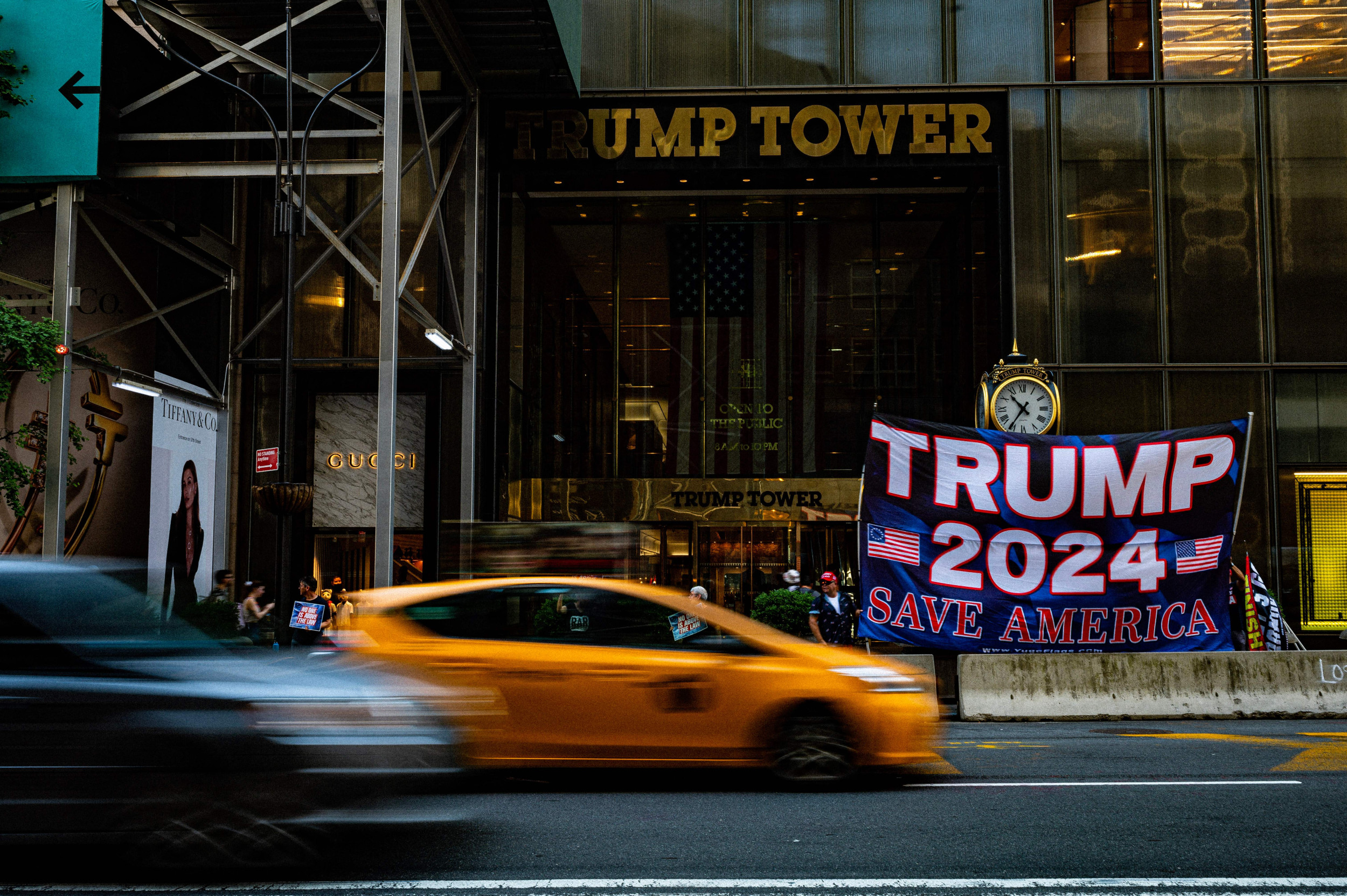 Trump said he would make a “very big announcement,” widely seen as the news for his third presidential campaign, at Mar-a-Lago on Tuesday night. Earlier in the day, the former president wrote that he hoped Tuesday “would prove to be one of the most important days in the history of our country” in an article for Truth Social.

The likely campaign launch comes after the GOP, including a number of high-profile Trump-backed candidates, did worse than expected in the midterm elections. Support for a possible DeSantis presidential bid has also increased among Republicans as support for Trump fades.

A video tweeted by @ScooterCasterNY and credited to @FreedomNTV’s “Kevin RC Wilson” hours before the ad shows a group of people dressed in pro-Trump clothing outside Trump Tower while carrying Trump signs and flags and in chanting “USA! USA!”

Two men from the group are then shown stomping on a flag with an image of DeSantis, before one of the men suggests they would ‘take out’ the governor if he dares to challenge the former president.

“Ron’s gotten too big for his pants,” one of the men says as they both stomp on the flag. “Let him stay in Florida for a while.”

In addition to DeSantis’ image, the flag in the video also featured a URL that points to a website selling pro-Trump merchandise, suggesting the flag stunt may have been intended to promote website sales. .

A number of prominent Republicans have recently urged Trump to delay any future presidential ambitions and refuse to back the former president in 2024.

Support for DeSantis grew after his resounding reelection in Florida, one of the few areas in the country where Republicans have done better than expected.

DeSantis has not announced a presidential race despite widespread speculation. Last week, Trump lashed out at the governor for showing a lack of “loyalty and class” by not clearly stating his intentions.

“Ron DeSanctimonious is playing games!” Trump wrote on Truth Social. “The Fake News asks him if he’s going to run if President Trump shows up, and he says, ‘I’m just focused on the governor’s race, I’m not looking ahead. Well, in terms of loyalty and class, that’s really not the right answer…”