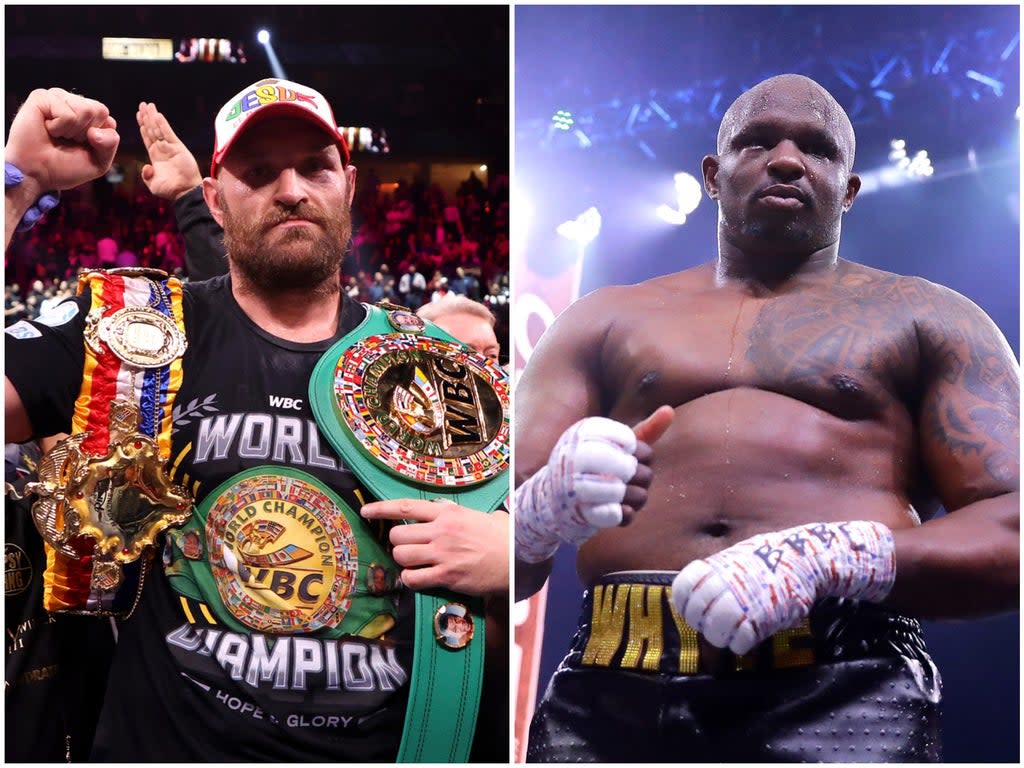 What time is the Tyson Fury vs. Dillian Whyte fight tonight?

Tyson’s FuryThe next heavyweight title defense is imminent, with the WBC champion ready to take on fellow Briton Dillian Whyte This weekend.

Fury was ordered in December to defend his belt against Whyte, who is the mandatory challenger to the “Gypsy King” and interim title holder.

Whyte only appeared to sign the contract for the fight on the eve of the February 22 deadlinefinally making the fight official after much taunting from Fury.

“Oh my God! Dillian Whyte signed his contract for $8 million,” Fury said in an Instagram Story at the time. “What a surprise! An absolute idiot. Should this even be a topic of discussion? The man signed for the biggest salary he ever had in his life.

Here’s everything you need to know about the fight.

The fight will take place on Saturday, April 23.

The first fight will start at 6pm BST, with coverage starting at 7pm. Ring walks for the main event are scheduled to take place at 9:45pm BST 4:45pm EST.

Where will this take place?

The fight will take place at Wembley Stadium in London, marking Fury’s first home contest since 2018.

How can I watch it?

In the UK, the event will be shown exclusively on BT Sport Box Office for £24.95.

What are the chances?

How much will the fighters earn?

Fury promoter Frank Warren won the purse bid with his around £30m effort, beating the £23m offered by Whyte promoter Eddie Hearn. Both were record auctions in boxing history.

A purse split of 80/20% has been agreed in favor of champion Fury, although the split is only for 90% of the overall winning bid (£27m) – as the promoter has to deposit the 10% remaining.

As such, Fury will thus take home around £21.5m, while Whyte will receive around £5.5m.

What are the records of the fighters?

Fury, 33, is undefeated at 31-0-1 (22 KOs), with a controversial draw in his first fight with Deontay Wilder giving way to stoppage wins over the American in the last two fights of the ” Gypsy King”.