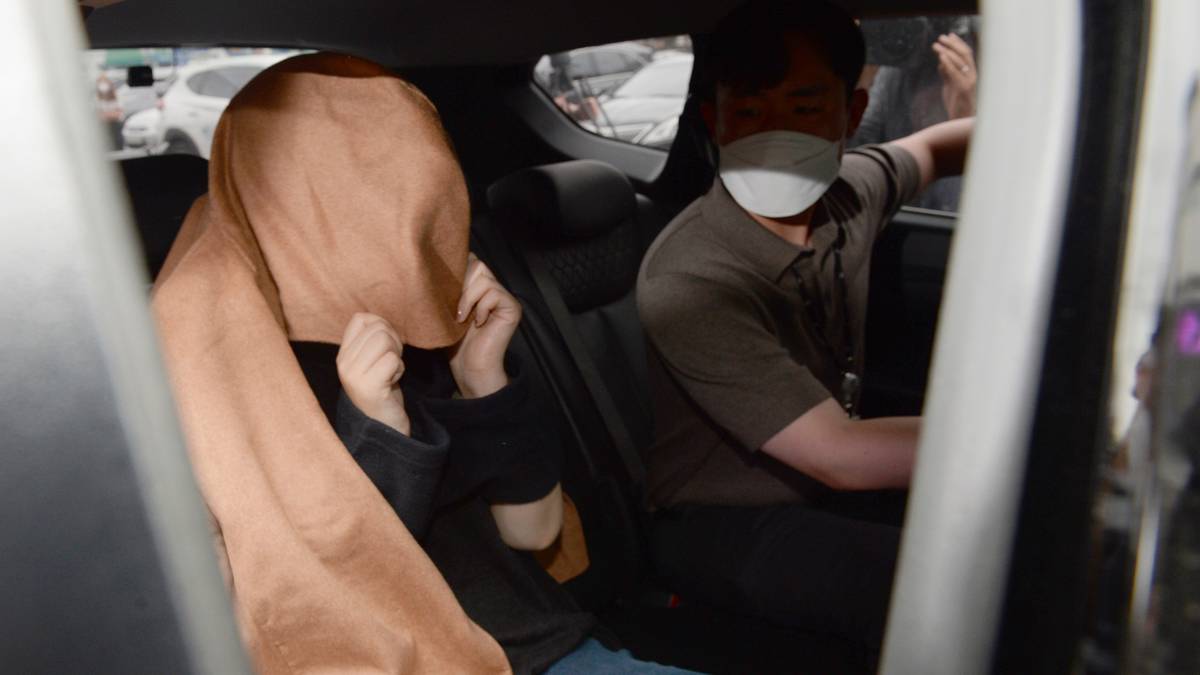 The woman covers her face as she leaves Ulsan Jungbu police station in South Korea. Photo/PA

A woman arrested in South Korea for the deaths of two children whose bodies were found in suitcases in New Zealand claims she was harassed and sexually assaulted, a Korean TV show has reported.

I Want to Know, a true-crime investigative show on Korean television station SBS, also claimed the woman had spent time in a mental hospital.

The woman, who was arrested in Ulsan, South Korea, in September, is currently being held in Seoul awaiting an extradition hearing for which New Zealand police have requested.

She told reporters at the time that she did not kill the children.

The woman, 42, is a New Zealander of Korean descent and is the children’s mother, the program said. She had been living in Seoul’s Gangnam neighborhood since 2018, the year she left New Zealand to return to Korea.

The show claimed that in December last year the woman went to hospital with stab wounds and evidence of rape and strangulation by a mystery man.

Police, however, found no evidence of the alleged assailant and believed the injuries were due to self-harm. The woman was later placed in a psychiatric hospital, according to the show.

I Want to Know showed blurry images of the family.

The show’s reporters spoke to the woman’s mother, who was reportedly surprised by the sudden disappearance of her daughter and grandchildren, and relieved that her daughter is still alive.

The mother said she knew the girl had been admitted to a mental hospital and had no children when she contacted her.

The show said the woman lied to people about the children when asked, saying they were in an orphanage or with her parents.

He also spoke to her college friends and people who knew her after she returned to Seoul, who said they didn’t know she had been married or was a mother.

“College classmates remembered her as an active, ordinary friend. They thought she was very westernized, very talkative, and seemed to lead a very active life,” he said.

The show, which spoke to the woman’s neighbours, claimed it was her husband – who died of cancer around 2017 – who mainly cared for and played with the children.

He claimed that the woman did not even allow her close friends to come to her husband’s funeral.

The woman is charged with two counts of murder. The bodies of the two children were believed to have been stored in suitcases in a storage locker for about four years before being found in August by a family who won an auction of storage units.

The woman was contacted by the storage company last October after money was not deposited to pay for the unit, according to the program.

New Zealand Police said they could not comment as the case was now before the courts.