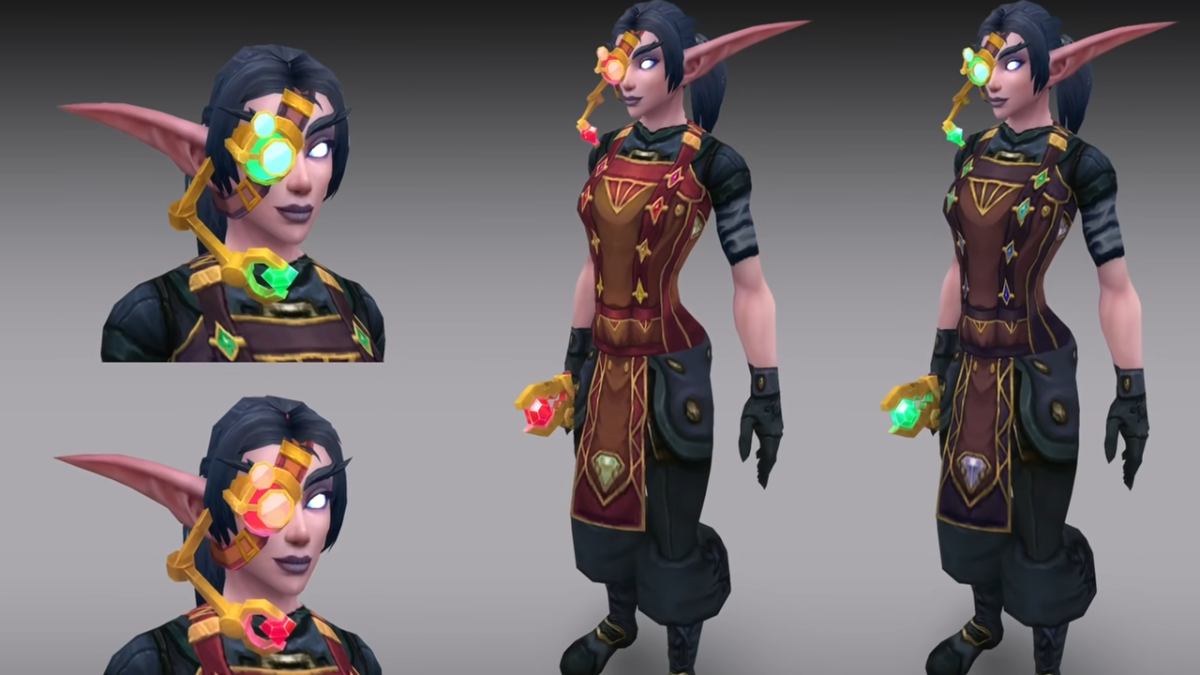 The World of Warcraft Dragonflight reveal yesterday gave us a deeper look into the future of Warcraft. And a majority of what was shown made me dizzy. Whether it’s the rebirth of talent points, a cinematic trailer full of good vibes, or an absolutely adorable new breed of dragons, Dragonflight has channeled elements from the Golden Age of WoW. . Especially after Shadowlands raised the bar for ridiculousness in this series, it’s really exciting to get back to high fantasy.

But not everything shown yesterday sparked a similar level of optimism. In particular, Blizzard Entertainment is finding brand new ways to approach and modernize the profession system. This is shaping up to be the biggest change we’ve ever seen in professions, and while I like the ideas conceptually, players should be a little more pessimistic about what this might mean for WoW.

To top off the Dragonflight reveal, UI designer Joanna Gianulis and lead game designer Eric Holmberg-Weidler sat down for a brief period to discuss the upcoming changes to professions. First, let’s get rid of one of the most interesting things: crafting commands. These allow a player to place an order through an auction house UI for another player to craft for them the item they are looking for.

You can even enter reagents that only you can get your hands on to aid in the manufacturing process. These can be commission-based and should help some professions feel more involved. If I’m a good leatherworker and want to earn some quick gold crafting something for someone else without worrying about selling it on the auction house, I can lend my services to another player. The item a player gets crafted for them can also be soulbound, meaning they won’t need to create a separate character just to get a cool piece of armor from a different profession . It sounds like a terrific change, but we’ll see how it impacts the game’s economy.

However, I am less optimistic about other important changes. Items that a crafter can craft and reagents that gatherers can acquire will have a quality level attached to them. For example, if you craft boots, its item level will change based on the quality you can craft it at.

The quality references attached to armor pieces seem cool, but after Shadowlands, I’m a little concerned. Throughout the endgame of this expansion, players had to grind Anima to upgrade their gear rank. And when 9.1 was launched, they had to do research to do the same in Korthia. These were clear ways to push the player into an extended grind for better armor, especially since the cost required would increase exponentially. I love the idea of ​​working towards crafting better armor, but hopefully the methods for doing so aren’t tied to daily quests and crafting fleeting currency.

Players will also have stats attached to each profession, which can be changed based on their armor. It is currently unclear if player level has an impact on this or if a new leveling system is present.

Professions need something new; investing in leatherworking during Shadowlands made me feel empty. The horrible job I had to go through towards the end of the game to create legendary armor pieces wasn’t worth it. Finding a way to make this system more appealing is welcome, but I have a feeling it could lead to even more difficulties.

When does it end if we are constantly trying to improve our stats to improve our equipment? How high is the quality cap and what determines our profession stats? Will we be able to use this crafting system to craft armor ourselves that can compete with Mythic and Raid drops? I have so many questions, especially after feeling the massive burn of professions before.

At the very least, professions now have unique outfits. As you engage in your gathering or crafting, your character will upgrade to gear that suits those skills. Best of all, gamers no longer have to worry about transporting their pro gear. Dragonflight will introduce dedicated slots to save space in bags.

2022-04-20
Previous Post: Convicted payday loan tycoon Scott Tucker’s Leawood mansion is up for auction
Next Post: On the fringes and still an ugly business